How We Saved $604 This Year Cutting Off Cable! {And Still Have Too Much TV To Watch!} 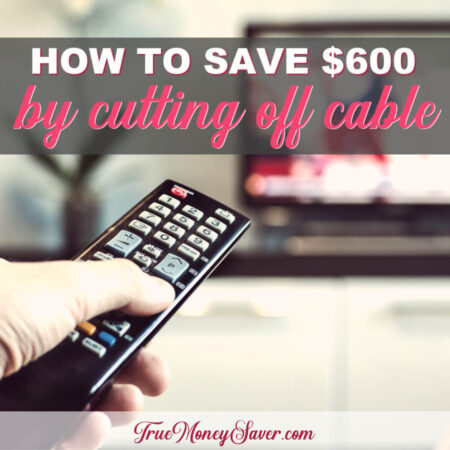 This is my personal story about how to save money on cable by CUTTING IT OFF!!

When James and I moved into our first house and we had to move the cable from our apartment to our new home, I got into a price war with the cable company.

And I can be stubborn.

So we went seven years without cable. {I showed them, right?!}

And back then… our aluminum foil covered bunny-ear antennae didn’t really work and there wasn’t high-speed internet for us to stream shows like Hulu or Netflix… we watched a LOT of VHS’s!

After seven years we moved about an hour east into the next county, the first thing James asked was if we were actually going to REALLY GET CABLE?!! {I have a sneaky suspicion that he was diligently praying for a “yes” answer… and he got it!}

We moved into our new house and now had a new cable company that offered us a sweet deal.

How could we not?!! The cost of phone and internet ALONE was the same with the addition of cable.

FIOS, oh how we loved thee.

Then, sometime during 2016, our Phone/Cable/Internet company, Verizon, was purchased by Frontier, and they raised our rate by over $10, per month! Without ever even telling us! And then, when it went up again, by another $10, we noticed.

So we got mad. And when James called to negotiate the price back down to what it was before… they weren’t real nice, and kinda bullied him by asking how he wouldn’t think the product was worth the value. So James decided we could honestly do without cable, and CUT IT OFF {and the home-phone too}.

YES! SEND ME THE GUIDE!

MY HUSBAND CUT OFF THE CABLE.

Did you read that last sentence?

Rash decision? Maybe. But he was sticking to his guns (and I was proud of him for doing so… since I had done that 17 years prior) so we were gonna have to learn how to live with it.

A month later when we actually got the new bill, we did a little happy dance!

Because it saved us $77 per month!

Here are the images of the actual bills (click the image to zoom in):

And that friends, is how to save money on cable.

So if you’re looking to learn how to save money on cable, I’ll show you exactly what you need to know so you can make an informed decision.

Plus, when you save on your cable bill, you’ll have more money to spend elsewhere or more to add to your savings!

And, because your cable bill isn’t really a necessity for living, you can learn how to save money on cable by cutting it for good! 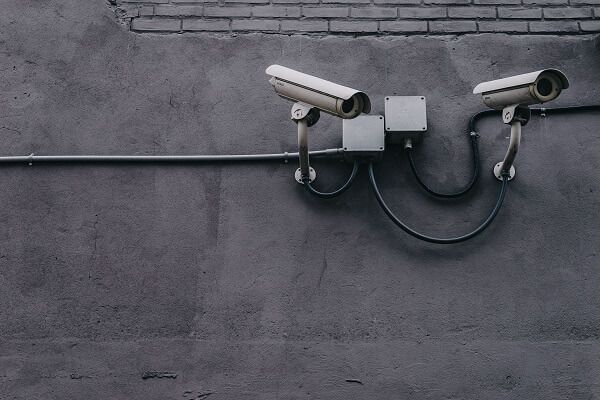 Oh No! What About Our Home Security System??

Upon hanging up the phone, we started to think about the 24-hour count-down to having no cable nor land-line home phone and what that would mean.

When James called, he negotiated for them to come out to the house and hook up a wifi cell connector for FREE! Go ADT! 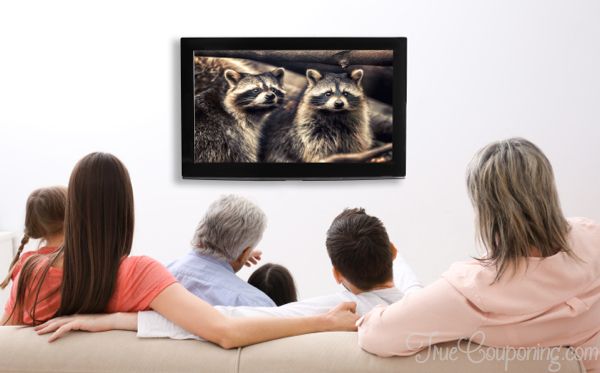 But, Are There REALLY Any Good Shows To Watch?

I’ll admit, I was nervous about not having cable. While I am not really an avid TV watcher, we have regular seasonal shows that we enjoy watching as a family that I was worried we would miss.

And at first, we didn’t know what to do. But since we already have a Play Station and Wii game consoles, we used that connection to the internet to “surf” the web.

We accessed the internet and started streaming things. Amazon Prime was one of our first places to look since we already had a membership there, and it would be perfect for a slightly younger audience (our youngest child is 10). So we had to think about other options.

Continuing with the internet access, we went to YouTube and laughed and enjoyed America’s Funniest Home Videos, as well as getting to know several YouTuber’s that were recommended to us from friends.

YES! SEND ME THE GUIDE!
A few months later, we had ran out of Family Movie DVD’s and it was starting to be tedious to connect the HDMI cable up to my laptop every time we wanted to watch anything local by streaming local news station “live feeds”.

So we signed up for Netflix ($7.99 per month) and Hulu ($11.99 per month) subscriptions. Side Note: if you sign up with Hulu on their website they will give you one week to test drive it for free, but if you use my referral link, you will get TWO weeks to try Hulu for FREE! {that’s like a bonus BOGO!} Still a great option without a cable bill.

And we started watching “series” together as a family (not necessarily every single night because we are a busy family, but we’d save them for when we were all together to watch them). First, we watched the entire X-Files series, and then Blue Bloods was a good show as well. We also watched a few classics such as Murder She Wrote and Quantum Leap.

Now, James and I have fun reminiscing about TV Series we watched as kids that we want to watch again with our kids. What a turn of events! We found a solution with loads of options for all of us.

My friend Kalyn cut off cable well before I did, she has a great comparison of NINE great alternatives. 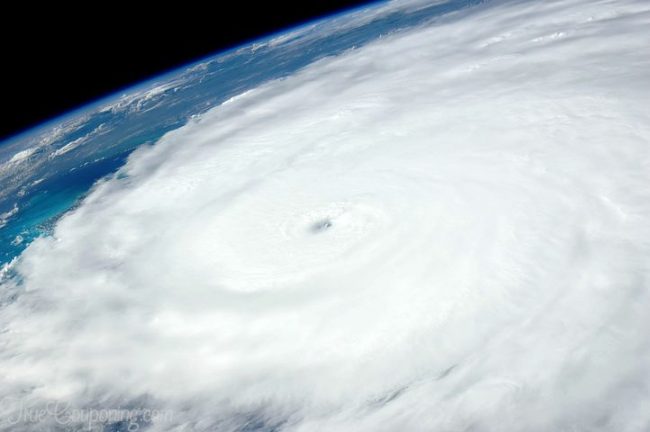 What About Knowing Urgent News? And Local Weather?

The antenna options have greatly improved in the past 10 years. They are even HD now, wow! James did some research and we bought this HDTV Antenna Smartpass Amplified Digital Indoor TV Antenna.

It costs just under $80 and now we get all the local news stations plus several public TV channels. About 20 – 30 channels total. We can totally work with that to save on your cable bill.

Another NEW and super inexpensive option (at only $34 total) that I have heard great things about from friends is “the Leaf” here: Mohu Leaf 30 Mile Range Indoor HDTV Antenna with Premium Cables & Premium Connectors 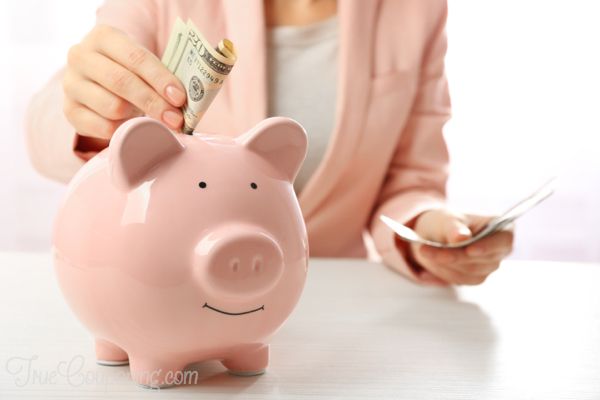 So What’s The Final Savings?!

After ten years of being loyal cable customers, we felt slighted that our bill sneakily went up by $20 per month when we got the new cable company. Thank goodness we analyzed things and got a little feisty because it forced us to figure out new ways to get the same end result (some family tv time) for a LOT LESS Money.

So let me sum up how to save money on cable.

And, yes, I truly think it was worth it! {To be perfectly honest, we don’t even miss it one bit!}

And that friends, is how to save money on cable.

So as you can see, if you’re looking to learn how to save money on cable, here’s exactly what you need to know so you can make an informed decision.

Plus, when you save on your cable bill, you’ll have more money to spend elsewhere or more to add to your savings!

And, because your cable bill isn’t really a necessity for living, you can learn how to save money on cable by cutting it for good!

Your Turn: So tell me, have you cut off your cable? Did you replace it with anything different? Have you tried “The Leaf”? Please comment below and let me know. 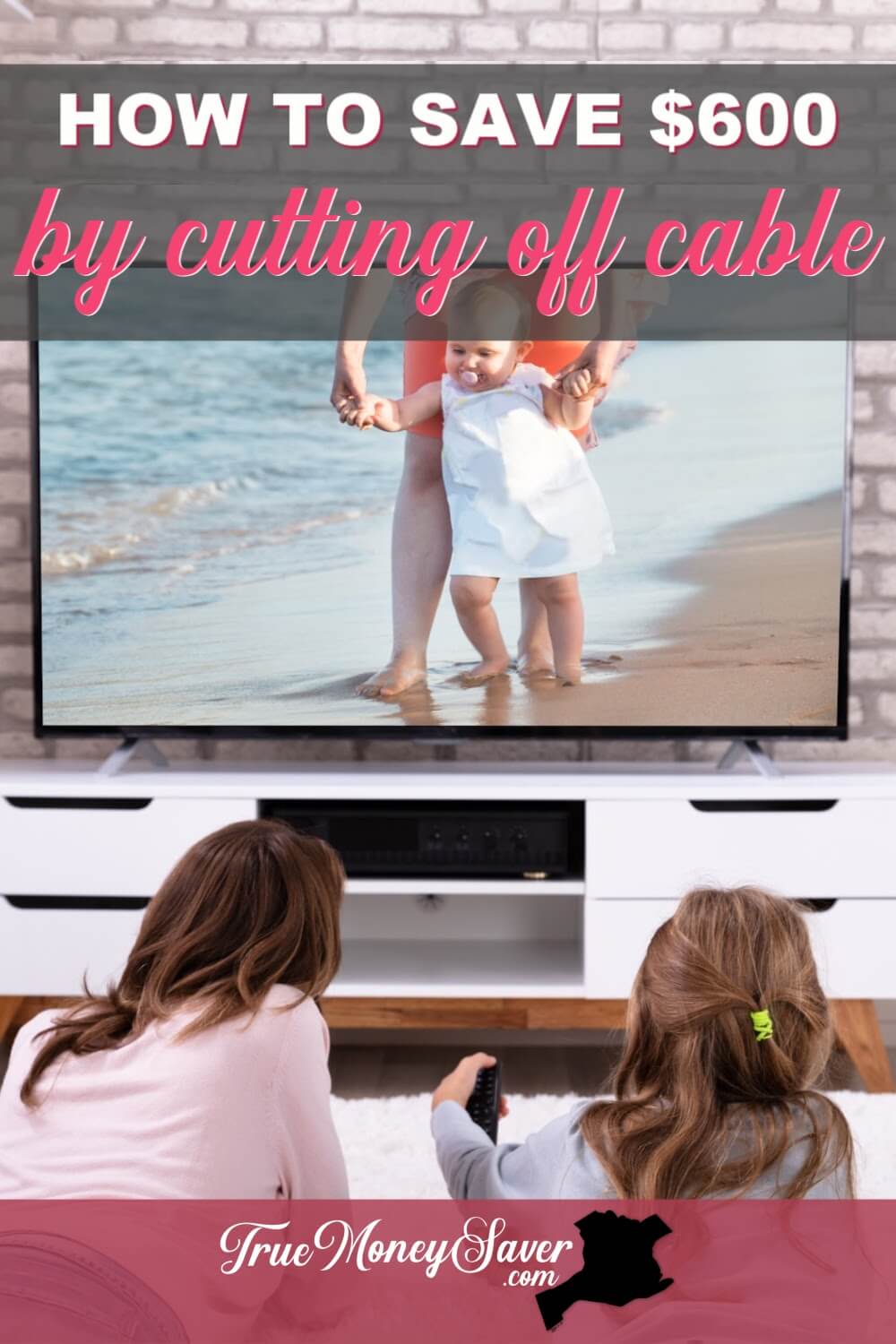 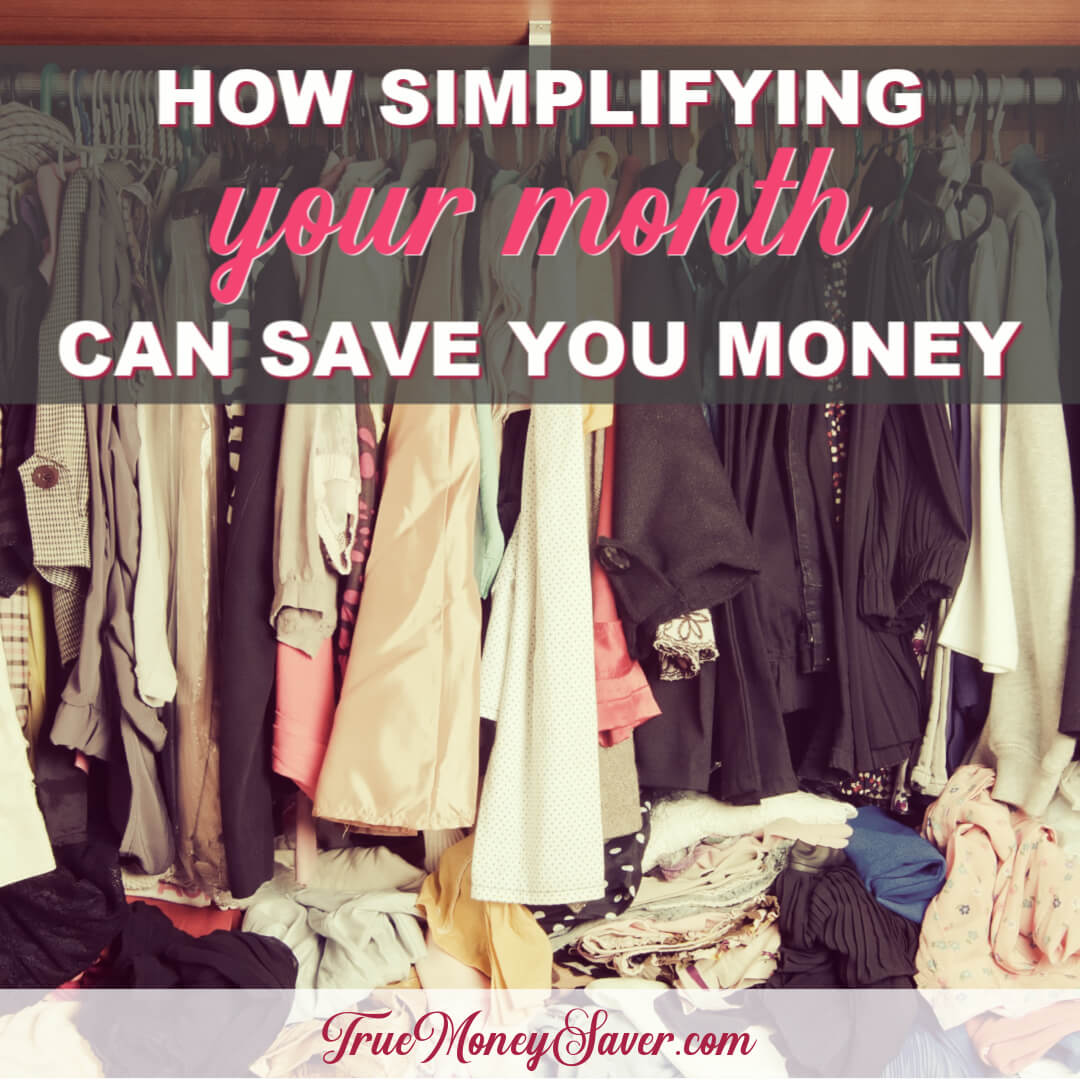 Want the secret to living simply? 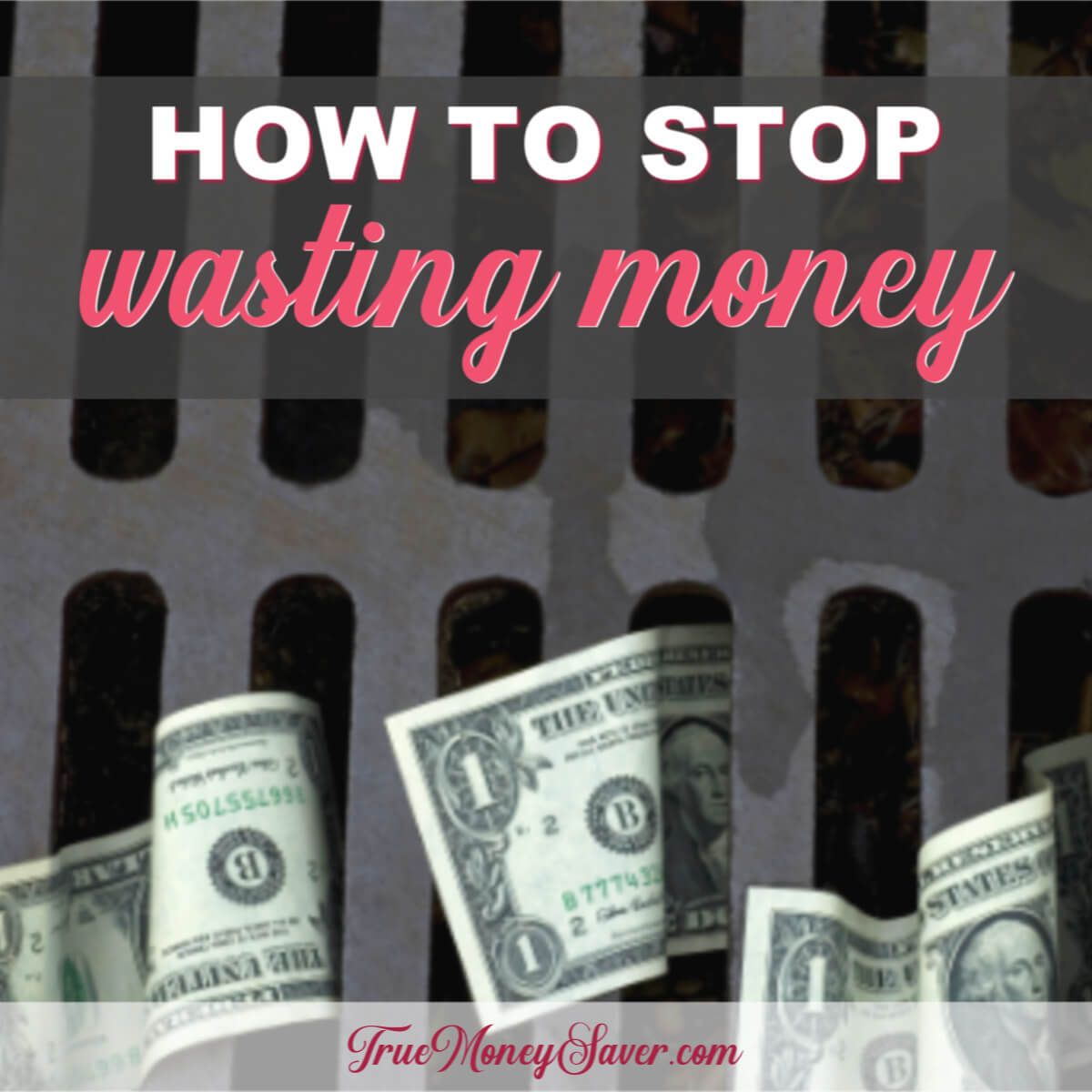 Are you throwing money away? 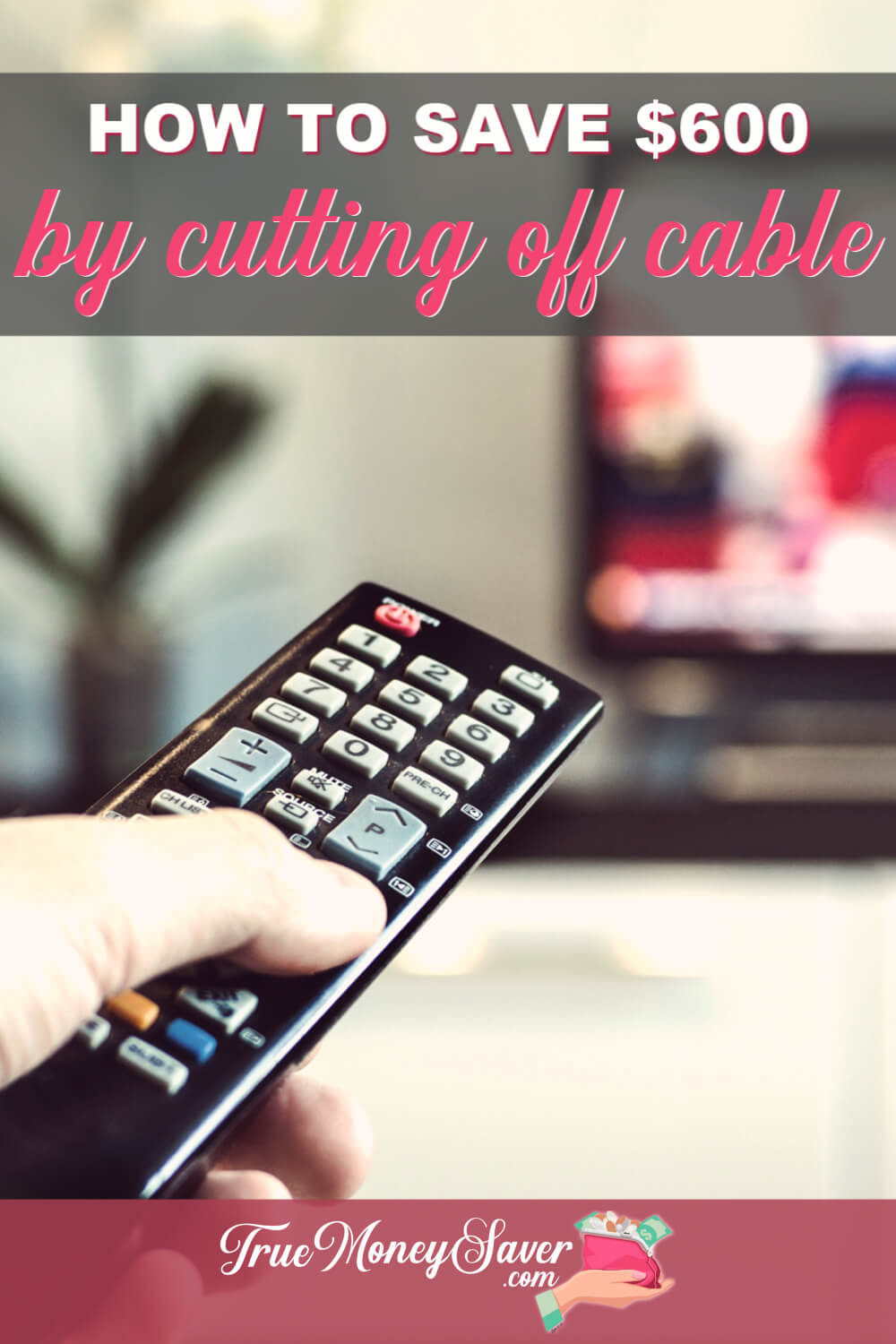 WELCOME TO TRUE MONEY SAVER
On this website you’ll find practical ways to maximize your money while still living life to the fullest. Because I believe everyone has the power to live a life of abundance regardless of their income level.
564 Shares
Share454
Pin110
12345