How To Remove The Dead Skin Cells On Your Feet 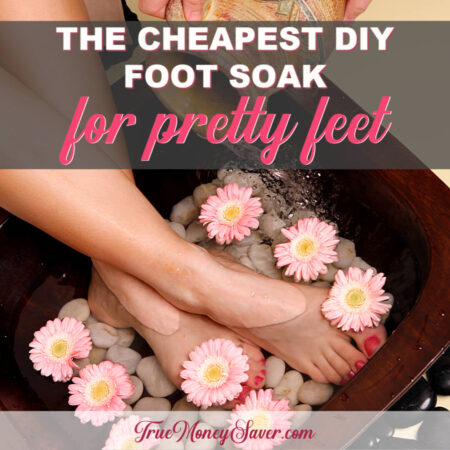 {First of all, let me just say that to those of you who hate feet like I do… I apologize in advance for this post. There is just no way to show you my secret method for removing the dead skin cells off my feet without showing my feet, and the disgusting “before” picture! Thankfully, now they always look like the after pic (which is still a gross “foot” picture… but at least it’s not quite as disgusting.}

It was flip-flop season and I had to remove the dead skin cells on my feet. I was so embarrassed.

Cracked, dry feet are not pretty at all. And when you live in the flip-flop capital of the world, it’s hard not to wear them when the sun is shining and the air is warm. And plus they are super easy to put on and remove, keeping the dirt and germs out of my house. #momwin

Something needed to be done and fast to remove the dead skin cells on my feet. But what was I to do?

I was talking to a friend and I mentioned that I needed to go to the nail salon to get a pedicure because my feet were bad. She said that she never goes to the salon but that she uses Listerine to remove the dead skin cells on her feet instead. I was shocked!

She then said that there was some magic ingredient in the Listerine that helps to remove the dead skin and makes her feet super soft. I begged her for the list of super secret ingredients that would magically make my feet smooth and soft. Thankfully she obliged. I thanked her and excitedly ran to the store to get the supplies.

(You might even have them already on hand in your stockpile). 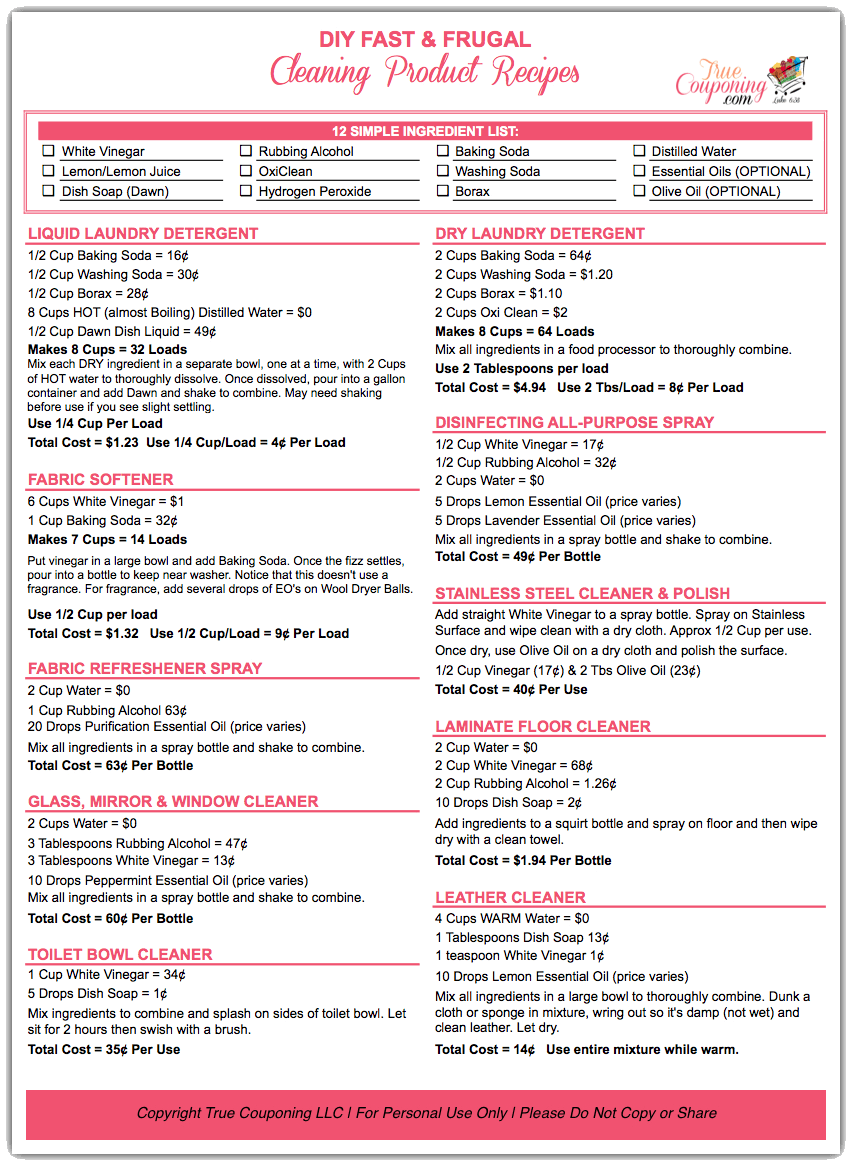 Stop Paying So Much For Cleaning Products!

Download this FREE sheet of 10 DIY Cleaning Supply Recipes to make your own cleaners in just a few minutes, with ingredients you probably already have on hand.

YES! SEND ME THE FREE RECIPE SHEET!
These dead skin cells on my feet had to go!

While I don’t mind treating myself to a pedicure every once in a while, I really didn’t want to go to the salon. It’s really time-consuming. I don’t always have an hour plus travel time just so someone can pamper my feet.

So this recipe for DIY foot soak for cracked feet with Listerine had to work faster than going to the salon.

So I gave this best at home foot soak a try…because it works! And or a fraction of the cost of a pedicure too!

I can’t believe the dead skin cells on my feet are gone and my skin is smooth.

So are you ready to give it a try? Let’s get to work on removing your yucky dead skin cells! 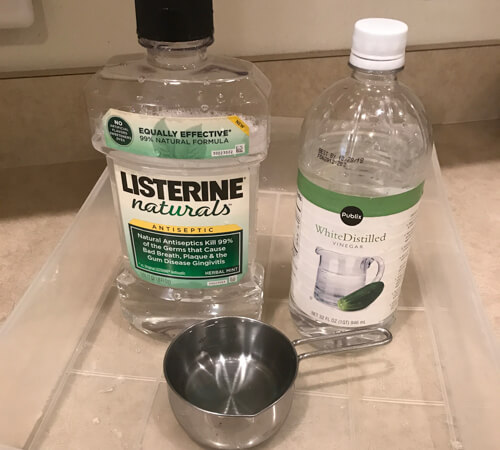 For skin that is very dry and cracked, you may need a pumice stone to help get rid of more dead skin cells on your feet along with this easy DIY foot soak.

Did you know that Listerine has natural anti-fungal properties? It can help prevent fungal infections on your feet including athlete’s foot! Yay for double duty purposes! 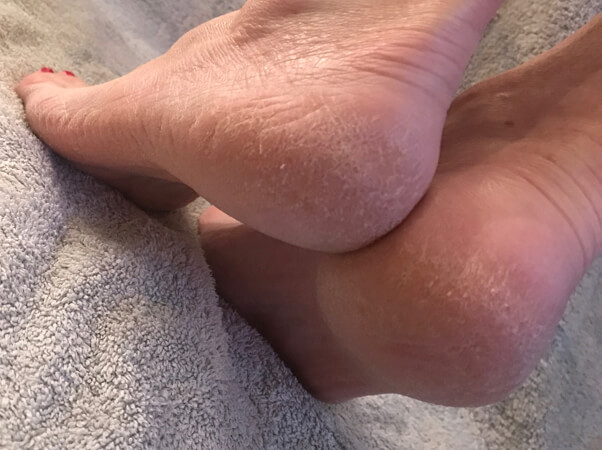 I realize my feet were horribly cracked and kinda disgusting. But there was no other way to show you how they looked and how crazy good they looked after the soak (and I waited over 2 hours to let them dry before taking the after photo).

Please Note: If your skin is severely dry and cracked, this soak may not remove all the dead skin cells on the first try. You may need to scrub with a pumice stone and soak them several times (not on the same day) to get pretty feet.

But this DIY foot soak for cracked feet with Listerine does work. I’ve been using it for years now.

I’ve got some extra tips to help keep them pretty though! 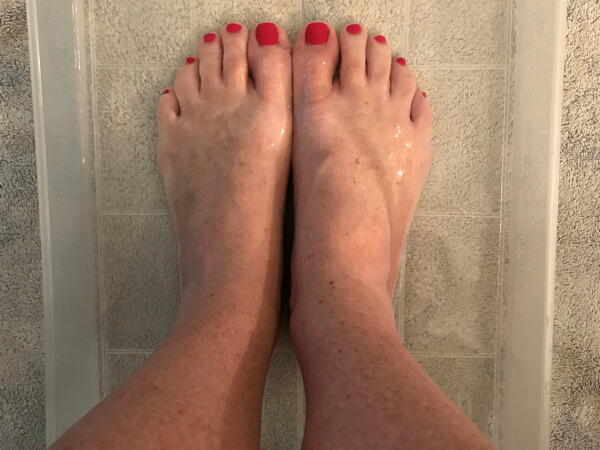 So What Does It Cost?

Stop Paying So Much For Cleaning Products!

Download this FREE sheet of 10 DIY Cleaning Supply Recipes to make your own cleaners in just a few minutes, with ingredients you probably already have on hand.

YES! SEND ME THE FREE RECIPE SHEET!
Total Cost: $1.73 Per Use (Even if you add in a pumice stone and a $5 bottle of nail polish, you are WELL below the cost of a pedicure! Plus the time savings can’t be beat either for this best at home foot soak.)

It’s incredible how cheap this recipe is to remove the dead skin cells from your feet with this easy DIY foot soak! 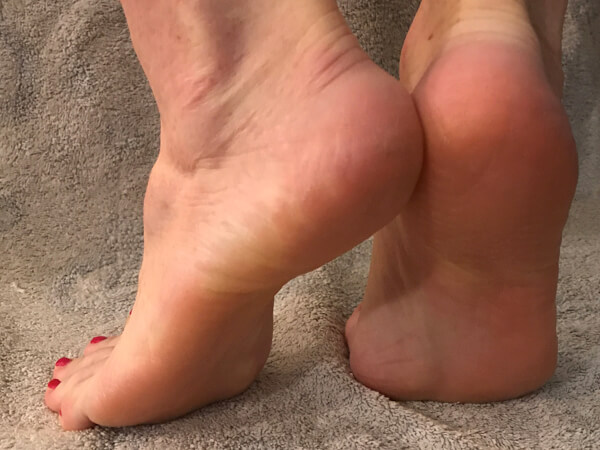 How To Keep Your Feet Feeling Soft

I realize it almost seems unbelievable that those are the same feet. I let a little over 2 hours pass between the photos in order to let my feet thoroughly dry before taking the picture. I wanted to make sure you didn’t think they were good looking because they were wet from soaking.

This mixture truly works to get rid of the dead skin off your feet!

There are several more tricks to keep your feet soft.

Ten minutes is all it took to remove the dead skin cells and make them look so much better! This recipe is so much faster than going to the salon to get a pedicure. Yes, I understand that they also massage your legs, trim your nails and paint your little piggies, but sometimes we just don’t have time for that!

This recipe for DIY foot soak for cracked feet with Listerine works faster than going to the salon.

And this easy DIY foot soak is also cheaper than paying for feet pampering at the salon. A pedicure is $30+ including the tip. So it’s definitely cheaper than that!

So give this best at home foot soak a try…because it works! And or a fraction of the cost of a pedicure too!

YOUR TURN: Have you tried this recipe to remove the dead skin cells on your feet before? Let me know in the comments below! 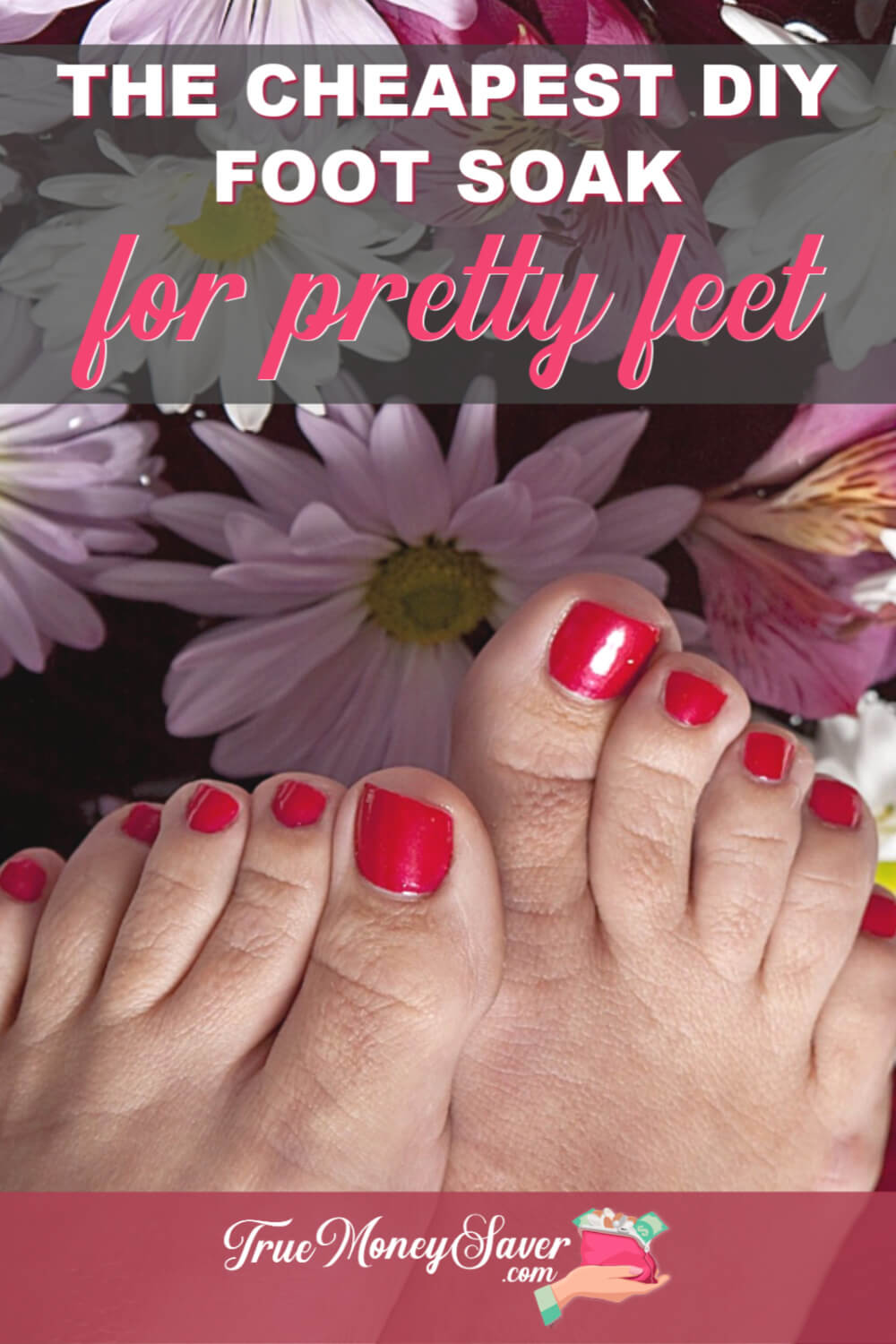 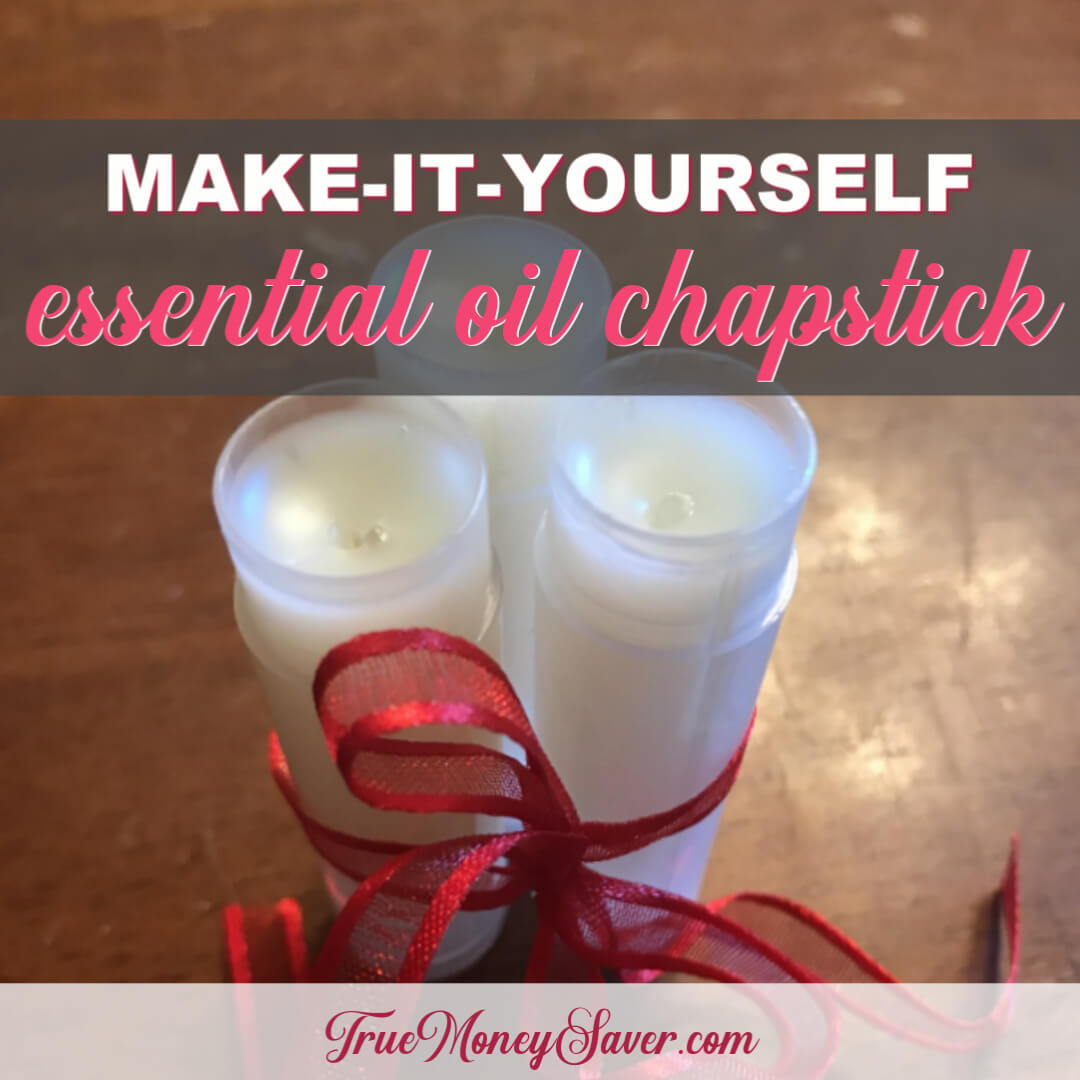 Make your own Essential OIl Chapstick! 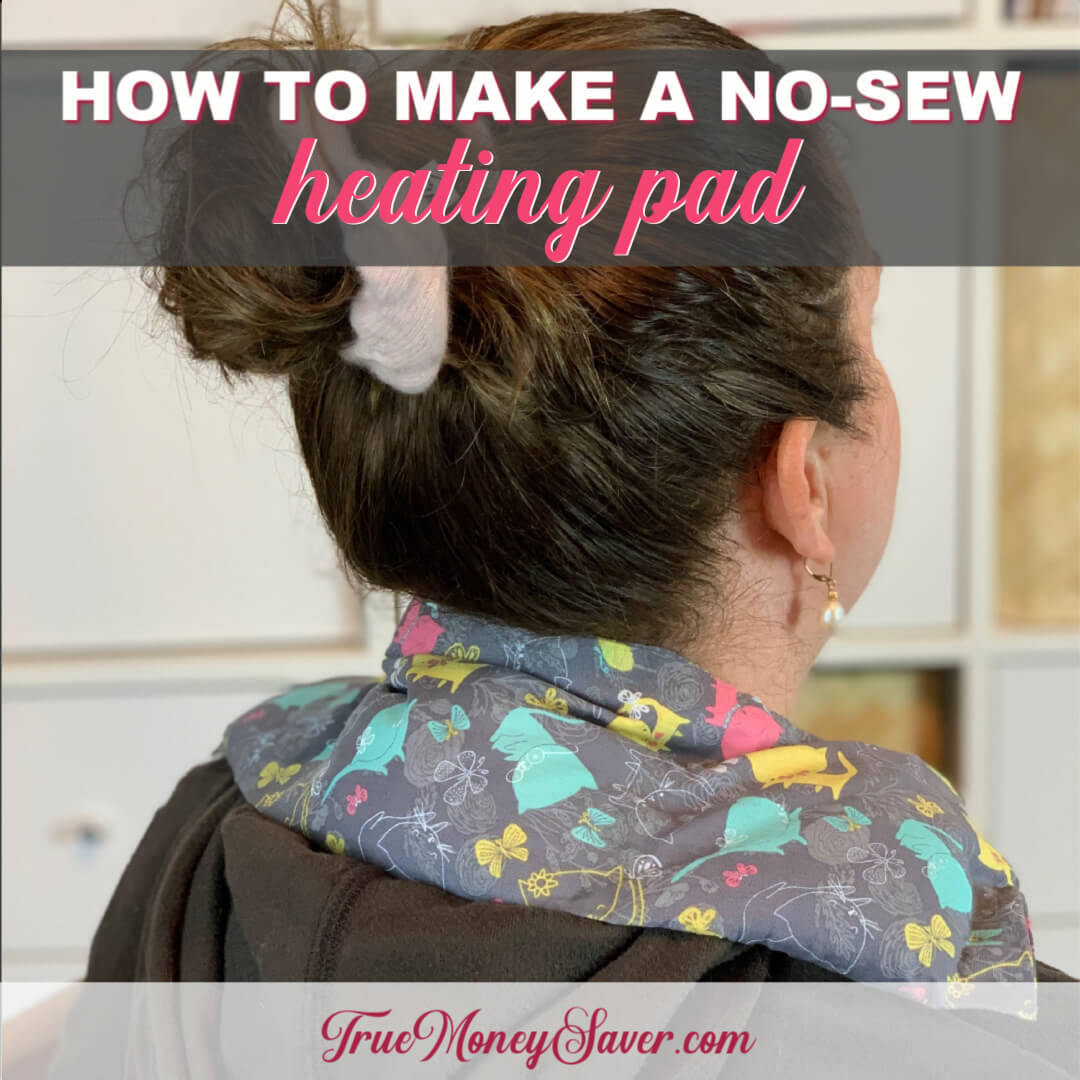 Make this No-Sew Heating Pads that are perfect for those booboos and aches and pains! 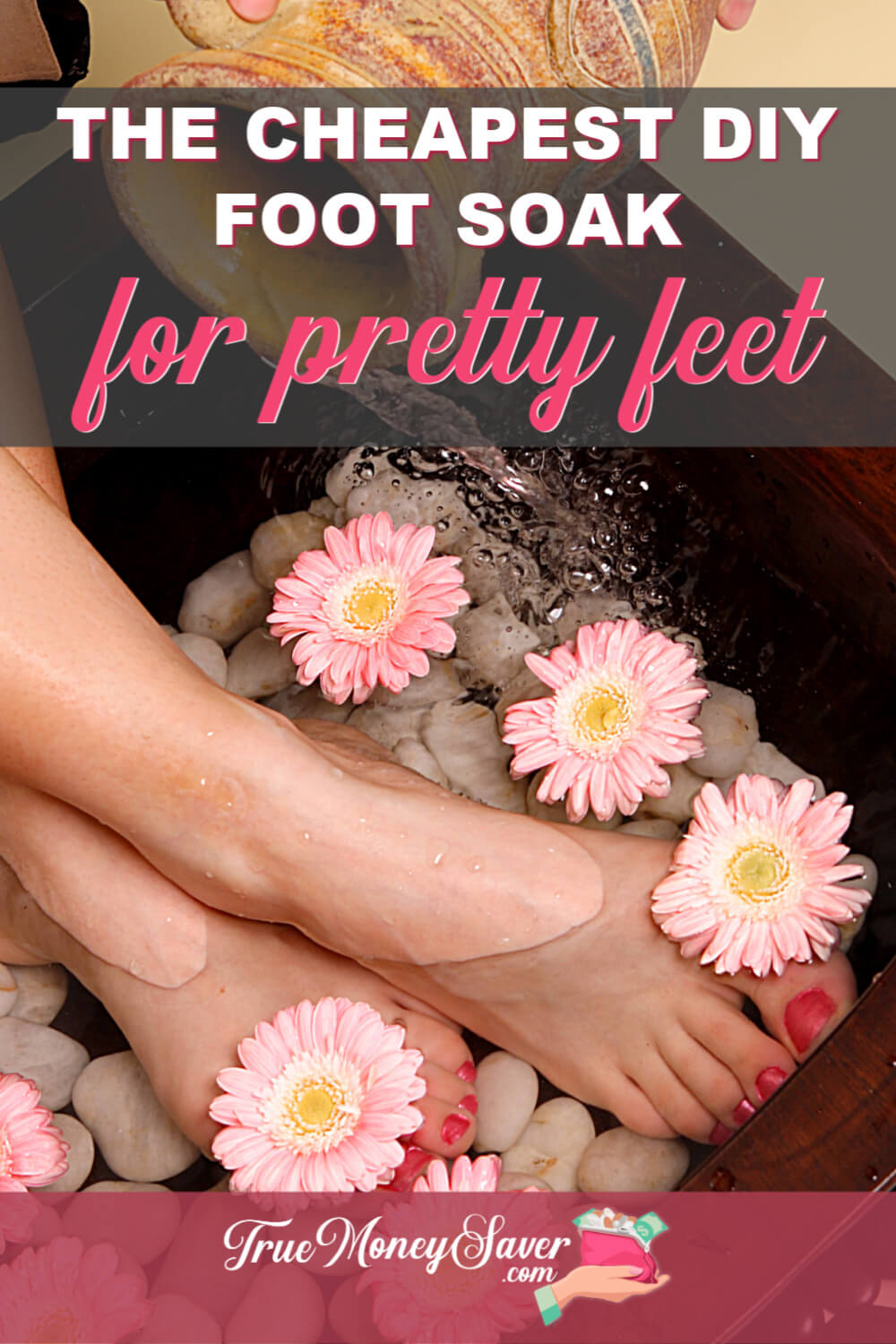 WELCOME TO TRUE MONEY SAVER
On this website you’ll find practical ways to maximize your money while still living life to the fullest. Because I believe everyone has the power to live a life of abundance regardless of their income level.
1.9K Shares
Share358
Pin1.6K
12345