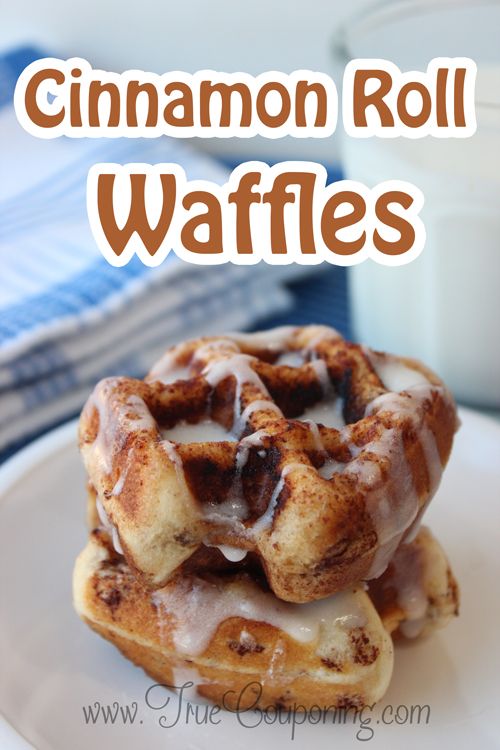 Get some friends together this weekend for brunch and serve this delicious yumminess! These cinnamon roll waffles dripping with icing glaze couldn’t be more easy or delicious to make! The hardest part is not using up all the glaze before you’ve eaten all the waffles! 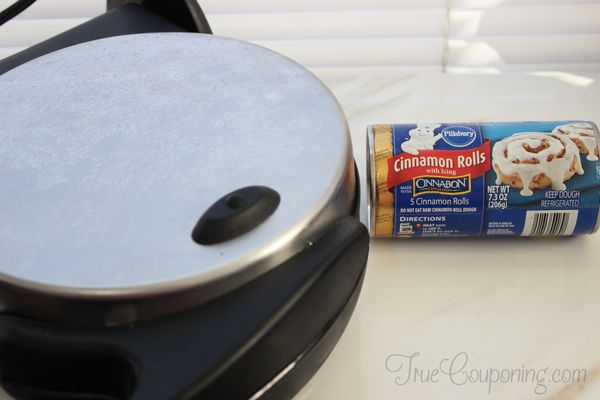 We use a round waffle maker for our cinnamon roll waffles but a square one will work just fine too! We use the Cinnabon Cinnamon Roll flavor but there are a few more to choose from! 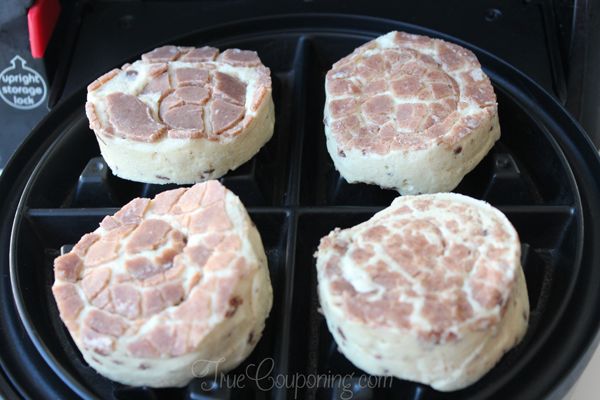 It helps to spray the waffle maker before making each set of four waffles. You’ll get the best results by centering each cinnamon roll in each of the four quadrants of the waffle maker. 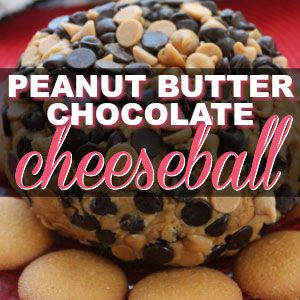 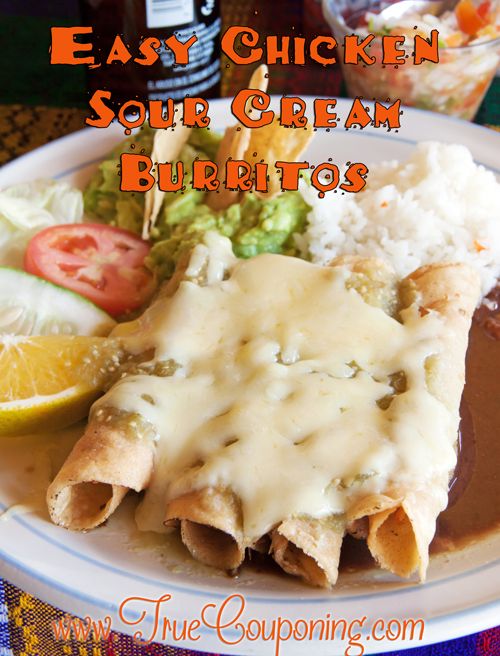 The EASIEST Cheesy Chicken Burritos Ever in Your Crock Pot!

WELCOME TO TRUE MONEY SAVER
On this website you’ll find practical ways to maximize your money while still living life to the fullest. Because I believe everyone has the power to live a life of abundance regardless of their income level.
15 Shares
Share7
Pin8